Whilst at Swanwick the locos were used over some days and indeed all participated in the ‘ Goyle Gala ‘ on 16-17/09/00. They were very reliable.

These locos were moved to Carnforth in late 2001 for repainting into green livery. Since repainting, 31163 has been sold and is now located at the Chinnor & Princes Risborough Railway and is in traffic whilst both 31166 & 31188 were moved to the Wensleydale Railway .

31166 saw some use on the Wensleydale Railway but then failed with engine bearing problems , however 31188 was never used due to various faults. 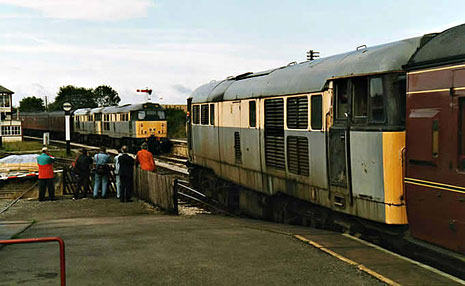 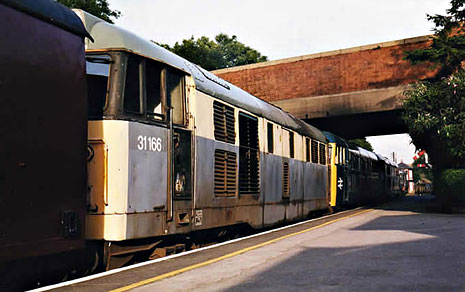 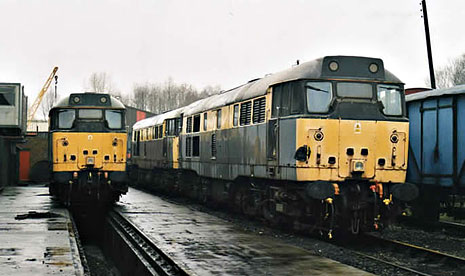