The fourth and FINAL ! (OK that statement has been superseded by events) class 31 to be acquired for preservation by A1A Locomotives Ltd, following negotiations with its previous owner and a shareholders ballot. 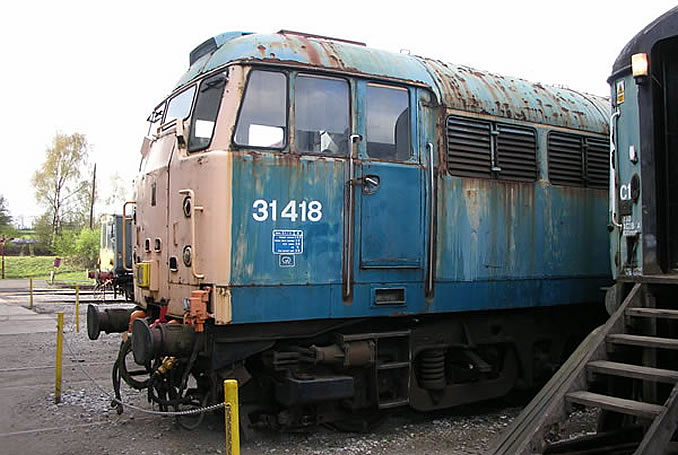 Stored at the Great Central railway since its initial purchase for preservation, 31418 ( the oldest surviving ‘ production series’ class 31 ) was moved by road to its new base at the MRB in early July 2002. We were aware that 31418 had been withdrawn from BR service with main & big end bearing failure with consequent serious scoring damage to its crankshaft, and opened negotiations to obtain a replacement power unit. These were successfully concluded in late 2003 with the purchase of the engine fitted to classmate 31421. The power units and generators of 418 & 421 were disconnected when time allowed and on Wednesday 5th October 2005 , the power unit and generator set from 31418 was lifted out and placed into storage. The same was removed from 31421 and lifted into 31418 , all this using the Butterley 76 ton ex Toton diesel crane. The engine room on 418 was given a thorough washout prior to 421’s unit being installed. The generator/alternator in 418 still requires connecting electrically , and the power unit will be completely overhauled in due course. A start has been made with 6 cylinder heads being removed for overhaul and ‘A bank’ turbo , which has suffered from frost damage, being lifted out.

Its original power unit will be invaluable as a source of spares since top end components such as cylinder heads and pistons are intact and in good condition. The loco also required a bogie swap thanks to severe wheelset damage – this has been attributed to complete failure and collapse of the traction motor suspension tube and bearings on no 4 axle, causing the motor to drop and the tube bearing to run hot. This damage was discovered when 31418 was examined over a pit at Swanwick . The no 1 bogie recovered from scrapped spares loco 31123 has been overhauled and fitted to 31418 over a 4 day exercise in February 2007. A more detailed report of the bogie swap can be found in 31418 Latest News .

Various other work has been attributed to the loco since arriving at Swanwick. All the missing radiator elements have been refitted as have the shutters. All cab equipment ; gauges , valves etc have been removed from both cabs and overhauled. Internally no 1 end cab has been 95% restored . The brake frame , brake application unit and some air receivers have all been refitted. This will be an extremely long restoration and work will continue on 31418 as and when time permits. 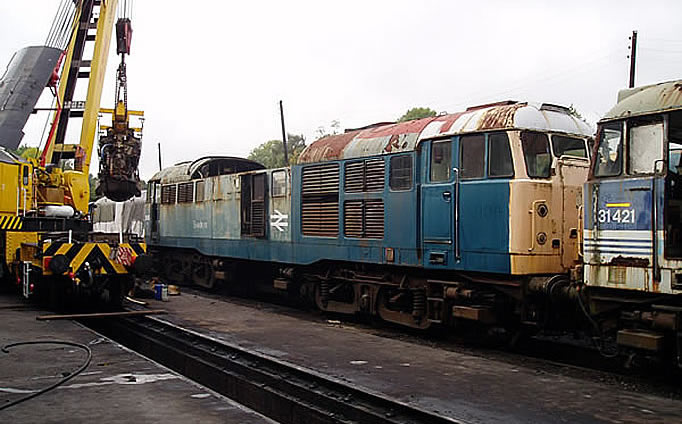 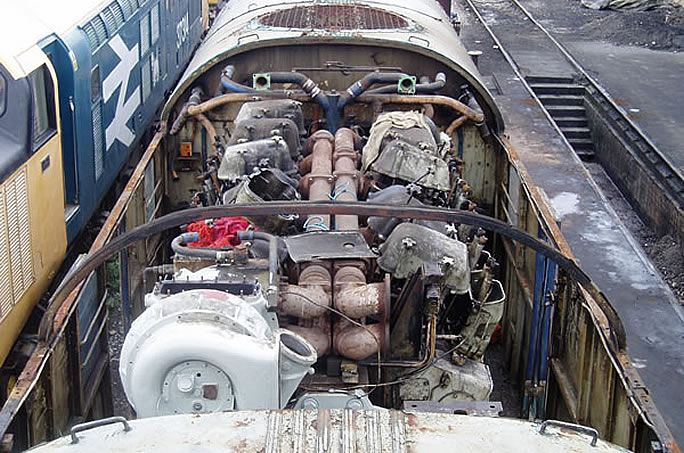 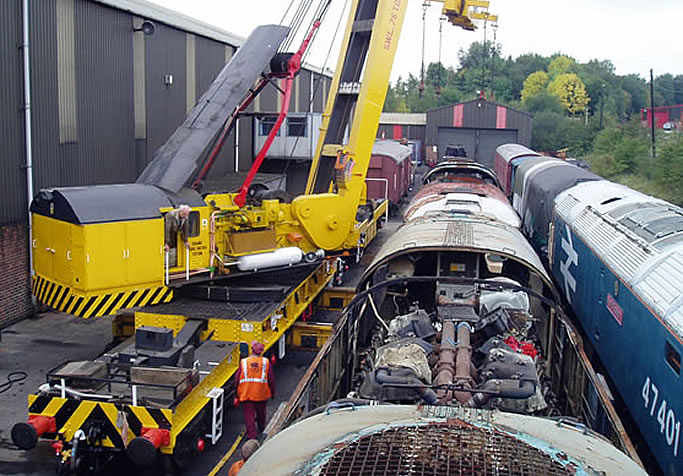 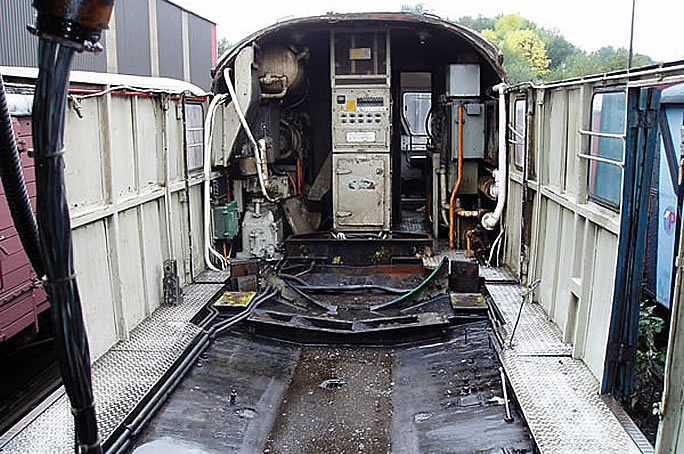 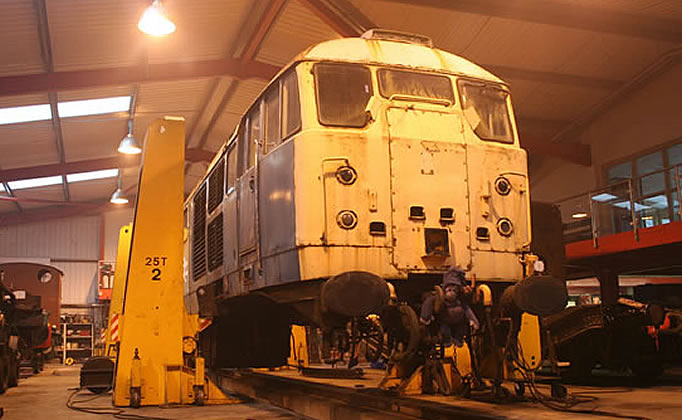 31418 on the jacks in the West shed . It’s bogies have been removed and the body lowered for inspection at Swanwick.. 15/02/07 photo M Atmore