With the Group now owning 2 locos ( 31108 & 31162 ) and a reasonable amount of spares, consideration was given to the acquisition of a further loco simply for the provision of more spares as for instance, we didn’t have a spare power unit or generator set. Now the only sensible way anyone will keep locomotives running to high standards is with a plentiful supply of good quality spares, so with this in mind, the decision was taken to attempt the purchase of a Class 31/1 solely for this purpose. 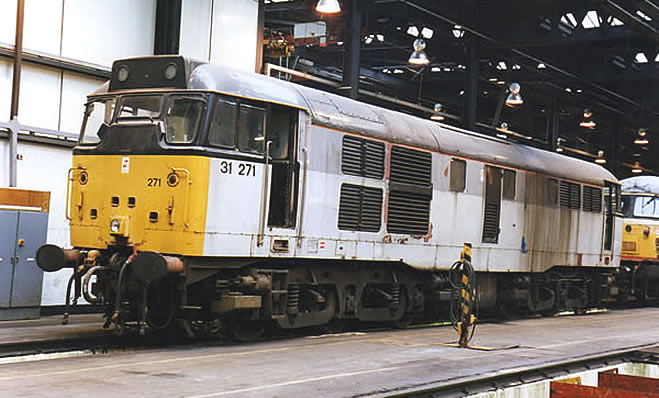 EWS had just offered some 31s for sale including 31186 , 31191 and 31271 at Toton so these were thoroughly examined with the result that 31271 was tendered for. 31271 had reasonable bodywork, good tyres, a power unit that barred round and was 99% complete although the radiator elements had been wrenched off (as well as the shutters) by scrap thieves. Unlike some locos offered there though, 31271 had not had its generator cables cut and copper cables in the cubicle hacked out. To be quite honest, it would be a great shame not to restore her……… 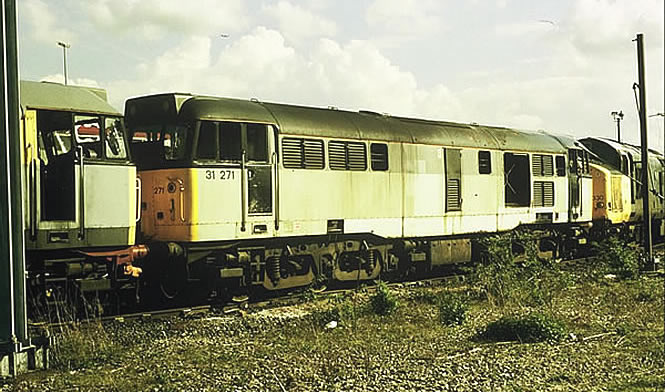 Our tender was accepted, so therefore arrangements made to have the loco removed to Butterley . We enquired the feasibility of moving by rail but cost prevailed unfortunately. Road haulage was arranged ( the date had to be re-arranged a couple of times because of problems with the modular trailer ) and on Thursday 28th May 1998, 31271 departed Toton and arrived at nearby Butterley early evening the same day. Unloading was not undertaken until the following morning after which she was moved down the small branch line to Swanwick for her new life to begin. 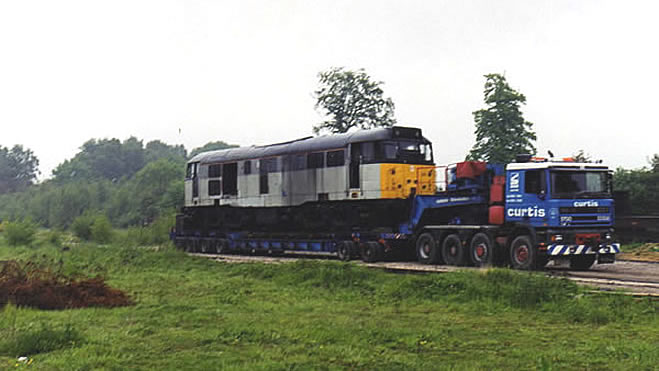 The plan was to patch up the bodywork and repaint 31271, the power unit would be barred over regularly, the machines would be run off a 110V supply periodically and relays etc would be kept free from seizure. Part of the bodywork side would be removed, to allow the public to view the internals and the loco would go on display inside the museum at Swanwick. Should the need arise for 31271 to yield parts, these would of course be removed. As time went on however, it was becoming increasingly obvious that the MRC Museum Committee were having second thoughts regarding this idea, as were many of A1A’s shareholders. It was therefore decided in late 2000 that whilst 271 would still officially be the ‘spares loco’ it would be restored to full working order. Although, should the desperate need arise, the loco would indeed provide parts for 108 / 162. 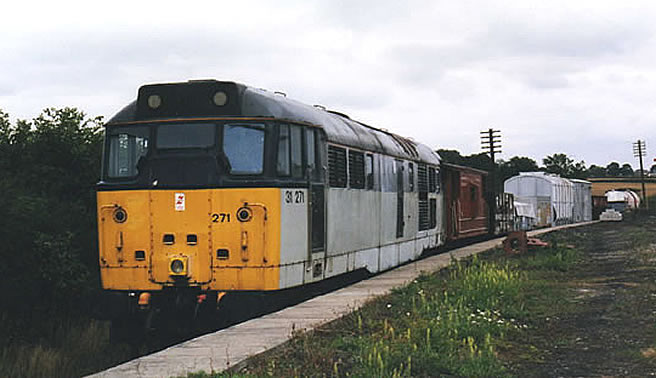 With the work on 31108 now ‘finished’, we turned our attention to 271. The power unit was stripped down as in 31108’s overhaul with pistons & liners removed for overhaul. A1 piston was found to have a broken ring which had deeply scored its cylinder liner and this was replaced with another from store. Work continued until easter 2002 refitting the honed liners, overhauled pistons / rods and re-conditioned cylinder heads. 2 further liners were sidelined with minor scoring damage as a result of broken rings and one con-rod small end bearing was renewed due to wear. The big end bearings were in superb condition and were refitted.

Both turbos were freed off in situ, both now spinning freely, with old oil replaced with new. A water leak on the top of ‘A bank’ turbo being repaired also. The generators and traction motors were de-brushed and cleaned up with new brushes fitted. All the machines were examined and their comms cleaned up ready for new brushes to be fitted to them too. The cabs were overhauled , with gauges and equipment removed for overhaul and later refitted. Cabs were then repainted following the fitting of 2 newly fabricated ceilings. Attention also turned to the engine room with a thorough de-greasing , preparation and repaint. A replacement voltage regulator was fitted as the original had been robbed to provide 31108.

Brake cylinders were overhauled as well as relay valves and given a good greasing and repaint. Refitting the radiator elements was not a simple job….thanks to the actions of the locals at Toton, 70% of the mounting studs had either sheared off or were bent when the elements were ‘ wrenched off ‘ . This involved said studs being drilled out or in some cases , being ‘easied out’ …..with not too much emphasis on the word ‘ easy ‘ ! The shutters had also received this treatment with the ‘ B bank ‘ set damaged beyond repair …., so a replacement set was obtained . The other set although badly damaged was carefully repaired with various replacement louvres .

On Sunday 31st March 2002 the finishing touches to the power unit were made , new oil added to the already cleaned sump and the batteries placed on charge. At 2130, the engine was primed and the start button pressed . Almost immediately 31271 burst into life. Her engine sounding superb, she was soon shut down for bearing examination. All was spot on, and with machines operating fine and air built up, we decided to try and take power…….. Amps were registering on the gauge but she wouldn’t move ! Upon investigation 2 t/ms were trying to turn one way with the other 2 opposing ! Even though all connected properly with all cables ‘in line’, we changed over the field cables on the ‘awkward’ ones and hey presto we were in business, and even in the correct direction…..! Enter 31271 to our little fleet…….!

Over the next couple of days, many corroded air pipes which ‘ disintegrated ‘ under pressure were replaced under the cab floors and faults with the AWS and straight air brake were rectified. On the evening of Sunday 14th April we decided to carry out a few test runs, so with 31162 as security, we ventured out… ! What a ‘ beast ‘ …! , she was certainly a fine machine…! The test runs were completely successful however ‘ A bank ‘ turbo which spun freely when cold decided to seize solid , producing a fine trail of black smoke. This didn’t make alot of sense really but alas it was one of those things…..

We had our AGM looming on Saturday 20th April so it was decided to ‘ launch ‘ 271 on the shareholders only special trains . The following day, she was booked to work the service train . We tried in vain to free off the turbo but suspected the bearings may had seized so plans were duly made to swap it following these events.