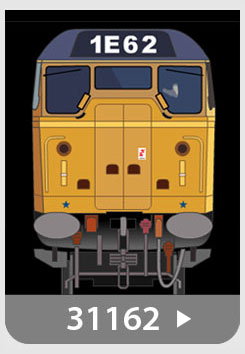 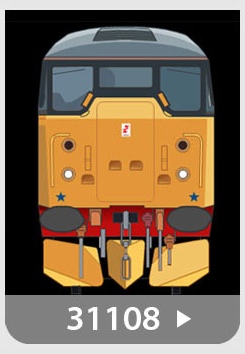 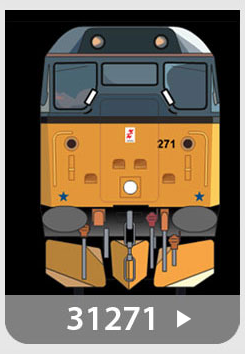 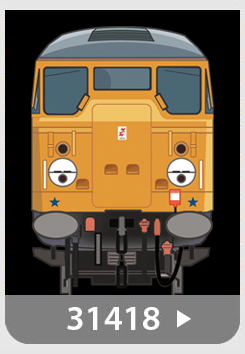 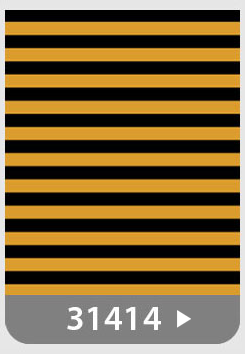 31271 is now based at the Llangollen Rly and is almost midway through a very enjoyable 2 year hire.  Six Llan drivers have been passed out to drive the loco and 2020 should see plenty of opportunities for operation. The annual B exam will ne carried out in March when the loco emerges from it’s winter hibernation.

We now have a set of points and rail on site  to connect both roads, no 3 & no 4, to the network. Work is ongoing and we hope this will be completed by April. A massive thankyou to vols and Pway gang at MRB for their continued help.

Work is ongoing to the only 2 surviving ‘original’ ETS fitted batch .  31414 has had around 25 corroded pieces of corroded ‘steel’ removed and new pieces welded in, new cab drip trays fitted, gutters repaired and  2 leaking oil radiator elements have been replaced, the cab interiors have been put back together and bodyside louvre doors are being prepared and painted ready for refitting. The loco has been rubbed down, filled and painted into ‘dutch’ livery as carried during it’s final years on the national network. It has been numbered 31514, although it is planned to have working ETS.

There are a number of jobs to complete yet, batteries require fitting and once the track has been layed and connected outside of the shed, 31514 can be moved outside for a start up.  We know there are issues with 3 injectors not firing properly since its BR days,  so this problem requires to be rectified and the unit set up correctly.  We have overhauled all 12 injectors since, and ‘renewed’ the engine governor which had thrown out the rack setting by 7mm retarded.

More information is below.

31418 has recently had both cab interiors prepared and primed and the cabs will be top coated and fitted out.  Outstanding engine and electrical work will be tackled shortly. The cab doors are having their finishing touches and 4 ‘train class indicator’ discs have been made up, these converted from discs ex class 20. Eight brass discs holders have also beem manurfactured from new.

We will re-commence filling and body prep shortly , hoping for a repaint later this year hopefully.

Plenty of work has been carried out. Even though the loco was a ‘runner’ when purchased she had many faults and an appalling amount of corrosion, largely due to the wet and damp climate of her previous base.

31414 was lifted off its bogies at Barrow Hill over the weekend of Sat 27th  – Sun 28th Jan.  The bogies were wheeled outside and scraped of crud and heavily steam cleaned. The traction motors were thoroughly cleaned once back inside the shed, with many brush boxes being removed for this purpose. No 3 traction motor top brush box mounting plinth was re – welded, having come adrift. New brushes have been fitted to all 4 motors replacing the heavily worn ones. The bogies were thoroughly examined and a few missing grease nipples replaced.  A brake cylinder on no 2 bogie which had been isolated using a 5p piece ! in the pipework, has had a new seal fitted and brought back into use. On the body, 3 corroded roof arches were renewed, some rot cut out, and a patch welded in on a roof section, and bucket loads of crud removed from the underframe. The body was re-united with the bogies on the Sunday evening and now awaits re-connecting, greasing and air / brake testing. A massive thankyou to HNRC for the use of facilities. New roof arches have been fabricated and the roof sections are disconnected ready for removal, all traction motors are de-brushed ready for brand new brushes.  Flashover damage to no 3 traction motor will be addressed soon and welding required to top brush box…should clean up ok……(all done 28/01/18)

Agreement has been reached to keep 31414 at BH until April 2018 then move to MRB for further bodywork reps to be carried out..

To keep the fleet…and indeed the new shed in order, requires money ! We can only carry out this work with shares / donations so if anyone can help out financially by donating / creating a standing order account and/or becoming a shareholder, we would be very grateful !  Many thanks ! 31414 has become the latest member of the class to come under the wing of A1A Locomotives Ltd.

The acquisition was the result of a number of our shareholders coming together independently to raise sufficient funds to buy and transport 31414 from the owners at Ecclesbourne Valley Railway. Thanks to the generosity of those shareholders, 31414 is now wholly owned by A1A Locomotives Ltd and brings the fleet up to 5 locomotives.

Archive photo of 31414 at Barnstaple in April 1982, courtesy of Steve Harvey

From February, the A1A Locomotives newsletter was made available to read online, saving on print and postage costs.

The A1A Locomotives shed is now providing shelter for 31108, 31162 and 31418. This means our fleet will be protected from the elements in a way we could only dream of in previous years.

The A1A Locomotives shed at the Midland Railway Centre is now connected and 31418 has taken the rails into No.2 Road.

Read more about progress in the news pages

We are dedicated to actively preserving & operating class 31 diesel locos and membership is open to anyone supporting these aims.

The company was formed in Autumn 1995 taking over the operations from the former A1A Group, which was itself formed at an inaugural meeting of committed class 31 followers on the ‘Wensleydale Wanderer’ railtour of 27/05/1990.

All locomotive maintenance is carried out by A1A Locos Ltd as is the operation of all our fleet.

Our operational fleet consists of un-refurbished 31162 together with refurbished 31108 and 31271. One-time unique ‘Skinhead’ Class 31/4 and oldest surviving ‘production series’ class 31 no 31418 , is currently under long-term overhaul from ‘as withdrawn’ condition as is new addition 31414 at Barrow Hill.

We are proud to have achieved a reputation for quality restoration work and reliable service at a wide variety of preservation centres and diesel events, some of which have brought the first ever visit of the class to a particular location.