Withdrawn from BR service on 18th May 1992, 31162 was stored at Immingham TMD pending disposal and was acquired by The A1A Group following a successful bid via the tendering process.

Moved to the Midland Railway Centre , Butterley by rail in January 1994.

The replacement boiler, a major restoration project in its own right had been acquired in advance of the loco and was formerly carried by 31225. The boiler passed its official steam test in January 1999 and A1A Locomotives Ltd are proud to offer a ‘new age’ of Class 31 hauled steam heated passenger trains, the last such BR workings being in 1985. 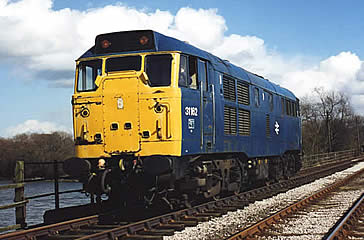