Our 1994 Annual General Meeting decided to attempt the purchase of a production series, disc head-code class 31. In early 1995, 31108 was acquired in a nearly complete but non-running condition. Its mainline career came to an end on 5th June 1991 when it was ‘ stopped ‘ for engine repairs.

These repairs were never completed and 31108 was withdrawn from BR service on 27th September 1991. 31108 was stored in the open at Scunthorpe for three and a half years until purchased by A1A Locomotives and hauled by road to Butterley. Its subsequent overhaul found several possible reasons for withdrawal, such as B1 cylinder liner being badly scored as a result of a worn piston and broken piston ring. 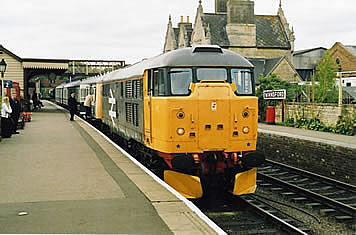